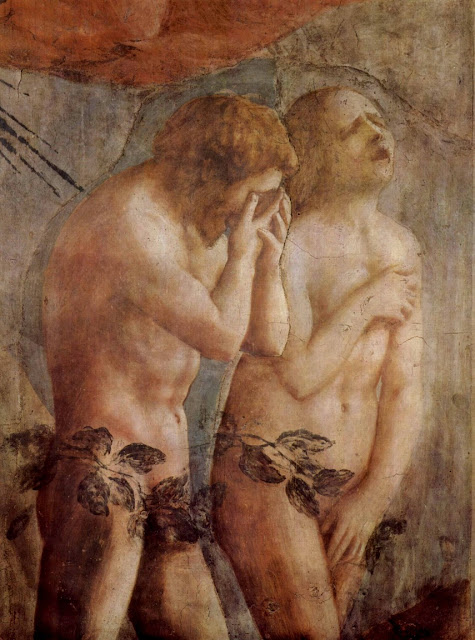 The path you have taken, the contours of which may still seem uncertain and its meaning as yet hidden, I believe, is linked to the most important questions of our understanding of what it is to be human (man and woman) and in particular to the mystery of the feminine, of the "fiat pronounced by her eternal motherhood.  And this is the mystery which every woman must discern in order to read there her destiny, her vocation, her gifts."  Reflection on such questions and mysteries is nothing new, but more often than not they are only half-digested ideas rather a knowledge that has arisen out of lived experience.  There is something of a prophetic role that you embrace as those committed to Adoration, Reparation and Spiritual Motherhood; but a role that will only find expression and bear fruit if first lived.  Such things only emerge over a long period of time and so one must be patient as well as committed.  Nowhere is this captured more fully and incisively than in the writings of Paul Evdokimov on the charisms of woman.  His reflection is "inspired by anthropological concepts drawn from the Bible, from patristic thought and the spirituality of the East, of the Orthodox Church.  In the luminous imagery of St. Paul, the Church " . . . .the whole body, joined and knit together by every ligament with which it is equipped, as each part is working properly, promotes, the body's growth in building itself up in love."  The context of this very clearly speaks of charism, gifts which each receives in order to be of service to the ecclesial whole, where every person is complementary to the other.  It is therefore the charismatic reality of the human being that is essential to our subject here."  A great deal of what Evdokimov wrote on the subject was published posthumously and he was well aware that his thought had not had the time to fully develop.  Yet, I believe, the frame he provides and the manner in which he puts forth the questions will serve us well.  He acknowledges that the revolution put into action by the Gospel will take a long time given the challenges we face, spiritually, culturally, and emotionally, and these he sets out below.

In history, the shattered equilibrium of humanity all too easily leads to the formulation of false questions.  Thus we have the "question" or the "problem" of woman.  When men pose this without raising the question of themselves, themselves as "problem," they thereby isolate themselves, cutting themselves off from the limpid sources of life, actually putting into question their own creativity and showing themselves lacking in reality.

In a male-dominated world where everything is marked by the patriarchal system, man, armed with his reason, his being, and existence, loses his cosmic connection with heaven and nature, also with the feminine as a mystery complementary to his own being.  Eliminating the metaphysical and the mystical which generate him, sliding toward cerebral abstraction, man sees the deeper dimension closing before him, that of the Holy Spirit.  He reviews the great avenues of civilization, well measured, where woman's place seems to be a minor one.  Through an ego-centric and self-defensive instinct, man imprisons woman as a maleficent power, a permanent menace to his freedom.  She will be submissive to the supreme power of a leader, to the indisputable authority of man.  According to the solar principle, that around which everything revolves, the only brilliance is man.  A Pythagorean saying goes, "The principle of good creates order, light, and it is man.  The principle of evil created chaos, the darkness, and that is woman."

Man seeks to affirm himself in surpassing everyone that limits him.  Every woman is such a limit, for she is "other," she presents him with "otherness."  Here man sees a prison which shrinks his horizons and confines his spirit.

Collective conscience veils false myths.  And it is Christian women who today apply to themselves again the ritual prescriptions defined in the rabbinical period in which resounded this prayer: "Blessed are You, Adonai, Lord, who did not make me a woman."  The complex of Adam, masculine to be sure, takes refuge in these words: "It was the woman who gave me the fruit from the tree."

The revolution put into action by the Gospel will take a very long time, and even the disciples of the Lord were astonished by the simple fact that He, Christ, spoke with a woman (Jn 4:27).