This is from the website of the Leonie's Longing ministry, (which is a ministry for women who have left religious life.)  It touched my heart and I wanted to share it with y'all.  From a letter of St. Therese to her sister Leonie:


"If it were necessary to do great things, we should be deserving of pity, but we are happy beyond measure, because Jesus lets Himself be led captive by the smallest action. . . . With you, dear Léonie, little sacrifices are never lacking. Is not your life made up of them? I rejoice to see you in presence of such wealth, especially when I remember that you know how to make profit thereby, not only for yourself but likewise for poor sinners. It is so sweet to help Jesus to save the souls which He has ransomed at the price of His Precious Blood, and which only await our help to keep them from the abyss.
It seems to me that if our sacrifices take Jesus captive, our joys make Him prisoner too. All that is needful to attain this end is, that instead of giving ourselves over to selfish happiness, we offer to our Spouse the little joys He scatters in our path, to charm our hearts and draw them towards Him..."

Here is the link because the correspondence between the Marin sisters would certainly be worth reading if you have the time.  You may need to copy and past to get it to open.
http://www.leonieslonging.org/letters-from-the-martin-sisters/

Posted by Unknown at 2:09 PM No comments:

In that deathly closeness 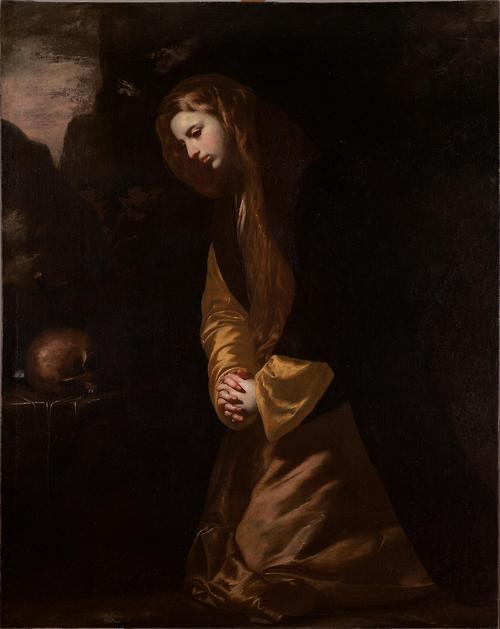 Although somewhat cryptic in its statements, this passage from Sr. Wendy’s letters is talking about life in the embrace of the Spirit.  Insofar as it lacks tangible or sensible assurances, it has the appearance of “death”.  But, to the contrary, this “death” is “life” for us.  Will you let the crucified one take you in His embrace and come to you as He chooses; even and especially in the humiliation and pain of life’s bewilderments?
In every other sphere, the sound of what we hear ourselves say and know ourselves think can deceive us: only with God are we absolute in our bare choice.  We can have of Him exactly as much as we want – and we know what we want from what we in fact have.  A terrifying demand: no wonder people fear the inescapable closeness of prayer.  Yet in that deathly closeness is the only Life, Way, and Truth.
Remember that Jesus has been through the whole gamut: dread, and then dreadful reality, right under the bitter waters.  But He came out the other side, crying “Consummatum” and my prayer is for Him to cry that out in you.
Whatever life may feel like, this is, in literal truth, its purpose: He can only come to us in time and through our unidealized circumstances . . . all “corruptible things” though they are.  So I think it’s a grace that you see your corruption, both the inescapable without and the somehow secretly, though unwillingly, willed within.  Daughter, so much hangs upon your lettering Jesus come to you as He chooses, and your responding to Him in this painful and demanding reality.
The Lord never “makes demands”, never, never.  All He says is: Let me bear it, let me take the pressure.  Or rather, He tells us He has taken the pressure – and let it kill Him, and it was that death that gave Him wholly to His Father, and us in Him.  All the anxious side of things is over, Daughter.  We have conquered, in Jesus.  So bear the humiliation and pain of life’s bewilderments gladly, in His gladness: “Now is the Father glorified.”
When Jesus is all to us, in the Spirit, it means in practice we have nothing tangible or sensible: death.  But this is life. 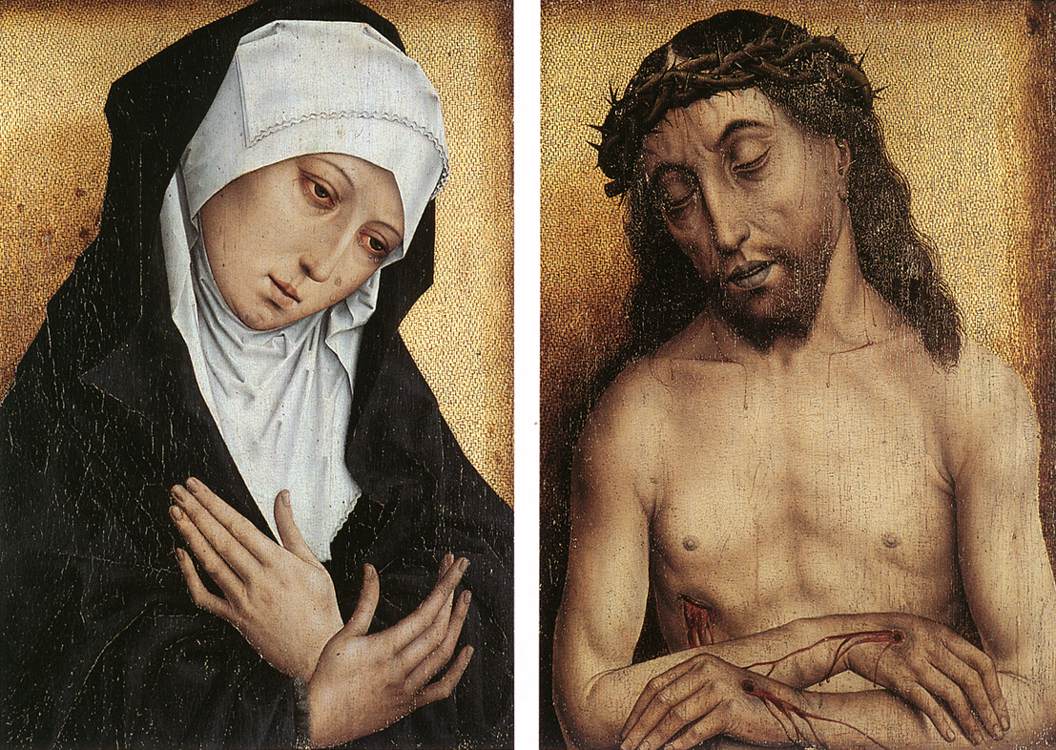 The call to adoration and reparation is, at the same time,a call to silence, and to hiddenness,and to separation from the world.It was when Our Lord Jesus Christ was lifted up from the earth,and held in the narrow enclosure of the Cross,that He exercised His priesthood supremelyby offering Himself in sacrifice to His Father.Suspended upon the Cross,He entered into the silence and hiddenness of the Holy of Holiesand, there, He offered Himself as Victim to the Father.The mystery of what He was doing was hidden,even from the eyes of those looking on.His disfigured Face, and bruised and bloodied Bodydisplayed nothing of the glory that shone upon Himin this, the Hour of His sacrifice.Even His most holy Mother,who entered the Holy of Holies with Himto make her offering in union with His,saw and felt nothing of the Divine Gloryinto which His oblation was received by the Father,in the Holy Spirit.The experience of the Mother of Sorrowswas one of silence, and hiddenness,and separation from all that surrounded her in that Hour.Mary is the model of all who would unite themselvesto the oblation of Jesus as victims.Words are useless.One must enter in, beyond the veil.One must leave behind and outsideall consideration for earthly things.In silence, in hiddenness, and in solitudeis Christ’s one oblation made perfect in souls.Consent, then, to become silent.Accept to disappear.Cherish hiddenness.Leave all behindto enter with Christ the Priestinto the inner sanctuary of His oblation to the Father.Especially now,in the light of the Holy Father’s personal choice,I see clearly that a monastery of adoration and reparationmust be characterized by silence,and by hiddenness,and by disappearance into the inner sanctuary beyond the veil.There, and only there,will souls be able to be offered in union withthe victimhood and priesthood of Jesus,in a way that gives immense glory to the Fatherand saves souls.Learn from the contemplation of the Sacred Hosthow to be silent,how to disappear,how to leave the world.Look at Our Lord in the Sacrament of His redeeming love.Is He not silent?Is He not hidden?Is He not separated from all things and, at the same time,present to all things?This is the pattern of our life here.Prefer it to all else. 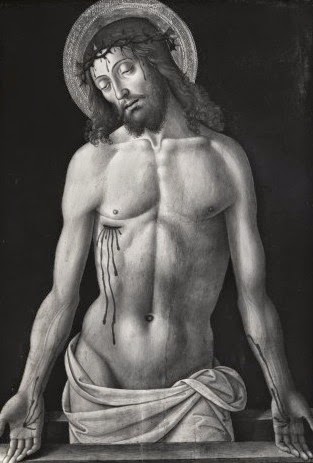 
Give Me your companionship, give Me your confidence, give Me your grateful affection. Let nothing keep you from carrying out this design of Mine. One who makes reparation for My priests will discover on the last day that his own sins, though they be many, will be covered over by a single act of reparation, for reparation is the exercise of love, and love covers a multitude of sins." ~In Sinu Iesu
Posted by Emily Teodorski at 8:44 AM No comments: 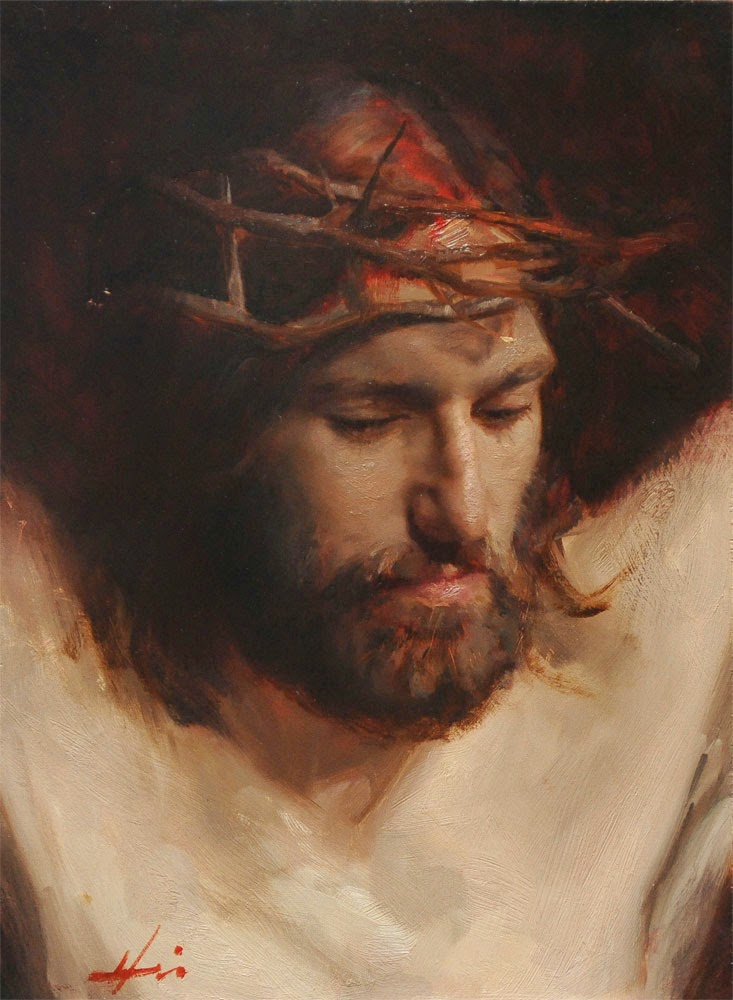 O my God, who could have imagined by any light of nature, that it was one of Thy attributes to lower Thyself and to work out Thy purposes by Thine own humiliation and suffering?  Thou hadst lived from eternity in ineffable blessedness.  My God, I might have understood as much as this, viz., that when Thou didst begin to create and surround Thyself with a world of creatures, that these attributes would show themselves in Thee which before had no exercise.  Thou couldest not show Thy power when there was nothing whatever to exercise it.  Then too, Thou didst begin to show Thy wonderful and tender providence, Thy faithfulness, Thy solicitous care for those whom Thou hadst created.  But who could have fancied that Thy creation of the universe implied and involved in it Thy humiliation?  O my great God, Thou hadst humbled Thyself, Thou hast stooped to take our flesh and blood, and hast been lifted up upon the tree!  I praise and glorify Thee tenfold the more, because Thou hadst shown Thy power by means of Thy suffering, than hadst Thou carried on Thy work without it.  It is worthy of Thine infinitude thus to surpass and transcend all our thoughts.

O my Lord Jesu, I believe, and by Thy grace will ever believe and hold, and I know that it will be true to the end of the world, that nothing great is done without suffering, without humiliation, and that all things are possible by means of it.  I believe, my God, that poverty is better than riches, pain better than pleasure, obscurity and contempt than name, and ignominy and reproach than honor.  My Lord, I do not ask Thee to bring these trials upon me, for I know not if I could face them; but at least, O Lord, whether I be in prosperity or adversity, I will believe that it is as I have said.  I will never have faith in riches, rank, power or reputation.  I will never set my heart on worldly success or on worldly advantages.  I will never wish for what men call the prizes of life.  I will  ever, with Thy grace, make much more of those who are despised or neglected, honor the poor, revere the suffering, and admire and venerate Thy saints and confessors, and take my part with them in spite of the world.

And lastly, O my dear Lord, though I am so very weak that I am not fit to ask Thee for suffering as a gift, and have not the strength to do so, at least I will beg of Thee the grace to meet suffering well, when Thou in They love and wisdom dost bring it upon me  Let me bear pain, reproach, disappointment, slander, anxiety, suspense, as Thou wouldst have me, O my Jesu, and as Thou by Thine own sufferings hast taught me, when it comes.  And I promise too, with Thy grace, that I will never set myself up, never seek pre-eminence, never court any great thing of this world, never prefer myself to others.  I wish to bear insult meekly, and to return good for evil.  I wish to humble myself in all things, and to be silent when I am ill-used, and to be patient when sorrow or pain is prolonged, and all for the love of Thee, and Thy Cross, knowing that in this way I shall gain the promise both of this life and of the next.    (Blessed John Henry Cardinal Newman.)

Posted by Unknown at 8:36 PM No comments:

The Life of Reparation 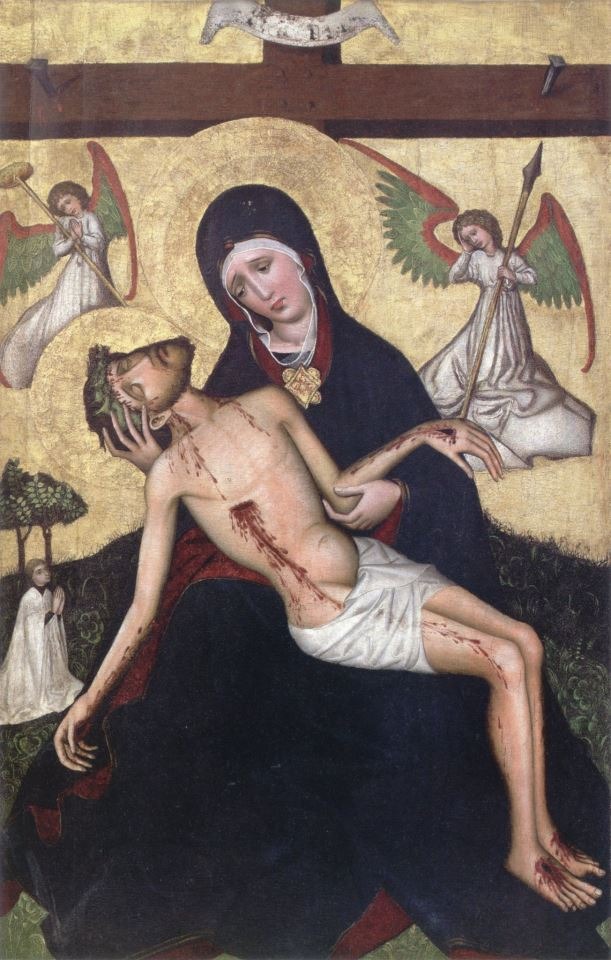 Reginald Garrigou Lagrange, O.P.
Three Ages of the Interior Life
Posted by Fr. David Abernethy, C.O. at 9:08 AM No comments: