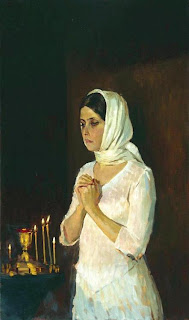 In a document from the Congregation for the Clergy in Rome, addressed to all the bishops of the Church on 7 December, 2007, we read:

The vocation to be a spiritual mother for priests is largely unknown, scarcely understood and, consequently, rarely lived, notwithstanding its fundamental importance. It is a vocation that is frequently hidden, invisible to the naked eye, but meant to transmit spiritual life.  (Dom Mark Kirby)

A Little Catechism on Spiritual Motherhood for Priests

1. Who can become a spiritual mother to priests?

2. What is spiritual maternity?

Spiritual maternity is a particular grace of the Holy Spirit by which a woman surrenders herself, body and soul, to the fruitful love of Christ, for the sake of His Bride the Church and for the glory of the Father, so that, through her offering, the particular priest entrusted to her, and all priests, may be purified, healed, and sanctified.

3. How does a woman express the grace of spiritual maternity.

A woman expresses the grace of spiritual maternity by imitating the hidden life of the Blessed Virgin Mary who, in the mystery of the Annunciation, consented to the enfleshment of the Word in her womb, and was overshadowed by the Holy Spirit, so that through her, Christ, Priest and Victim, might enter the world, save it by His Sacrifice, and offer it back to the Father.

4. How does a woman live out this imitation of the Blessed Virgin Mary?

A woman lives out this imitation of the Blessed Virgin Mary by embracing the Will of God in joy and in sorrow, health and infirmity, prosperity and want, companionship and solitude, light and obscurity. In a word, she sees in every event of life an opportunity to enter, with the Blessed Virgin Mary, into the sacrifice of Christ the Priest. In this way, a woman can participate in the spiritual fecundity of the Mother of the Redeemer who, by her constant intercession, cares for the gift of life that ever flows from the open Heart of her Son, and cooperates with a mother’s love in the birth and upbringing of Christ’s faithful, her children. 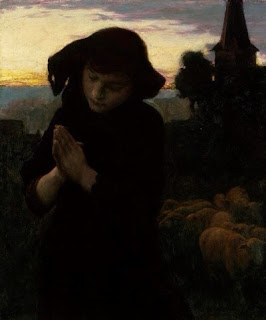 5. How is spiritual maternity related to the Priesthood?

Spiritual maternity in favor of priests derives from the special relationship of the Blessed Virgin Mary with Saint John, that Jesus Himself established when, from the altar of the Cross, He said to His mother, “Woman, behold, thy son!” (Jn 19:26). “Then He said to the disciple, ‘Behold, thy mother!’” (Jn 19:27). While John — representing all priests past, present, and to come — had the power to change bread and wine into the Body and Blood of Christ in the unbloody renewal of His Sacrifice, Our Lady was charged with supporting all her priest-sons down through the ages by standing at their side, even as she stood by the Cross of her Son on Calvary. There, with her Immaculate Heart pierced by a sword of sorrow, she co-offered in silence the Sacrifice of her Son, Priest and Victim, and through Him, with Him, and in Him, offered herself to the Father.

6. What does this imply for a woman called to spiritual maternity in favor of priests?

For a woman called to spiritual maternity in favor of priests, this implies a readiness to stand by all priests and, in particular, for the priest entrusted to her, in a ceaseless offering of adoration, thanksgiving, reparation, and supplication. The Fathers of The Oratory are preparing a prayer book to help the spiritual mothers of priests fulfill this role.

7. What characterizes the adoration of a spiritual mother of priests?

In her adoration, a spiritual mother of priests looks to the Blessed Virgin Mary who, on August 21, 1879 at Knock in County Mayo, Ireland, manifested herself in reference to the immolated Lamb, the altar, and the Cross. The spiritual mother of priests draws near to Christ, the Eternal Priest and to the altar of His Cross so often as she participates in the Holy Sacrifice of the Mass. She adores the Lamb of God present on the altar during the Holy Sacrifice; she adores Him hidden in the tabernacle and exposed to her gaze in the monstrance. She offers herself in adoration for the sanctification of all priests, desiring with Our Lady, to see them become, in their liturgical service and in all of life, “true adorers, who shall adore the Father in spirit and in truth” (Jn 4:23).

8. What characterizes the thanksgiving of a spiritual mother of priests?

The thanksgiving of a spiritual mother of priests is, first of all, for the Priesthood of Jesus Christ prolonged in space and in time, from the rising of the sun to its setting, by means of the gift and mystery bestowed on the apostles in the Cenacle, and perpetuated in the Church so often as a bishop, a successor of the Apostles, lays hands on a man and pronounces over him the solemn prayer of sacerdotal consecration. The thanksgiving of a spiritual mother of priests is, also, for the sacramental ministrations and fruits of the priesthood: first of all, for the Most Holy Eucharist, the source and summit of all Christian life; then for the preaching of the Word of God, the forgiveness of sins, the healing of the sick, deliverance from evil, comfort in affliction, and shepherding along the path that leads to holiness.

9. What characterizes the reparation of a spiritual mother of priests?

The reparation of a spiritual mother of priests seeks to console the Heart of Jesus who grieves over the coldness, offenses, and betrayals of His priests, and waits for them to return to Him, for He is merciful. The spiritual mother prays for priests who fail to pray; adores the Most Blessed Sacrament for those who do not adore; listens to the Word of God for priests who neglect it; and seeks the intercession of the Blessed Virgin Mary for those who have forgotten that she is their Mother and Advocate. She offers herself for the spiritual restoration and resurrection of priests who have fallen into patterns of sin; for the deliverance of priests oppressed by the powers of darkness; and for the healing of souls scandalized, alienated, or wounded by the sins of priests.

10. What characterizes the supplication of a spiritual mother of priests?

The supplication (or intercession) of a spiritual mother of priests draws its inspiration, first of all, from the Priestly Prayer that Our Lord Jesus Christ offered in the Cenacle on the night before He suffered: “Father . . . keep them clear of what is evil. They do not belong to the world, as I too, do not belong to the world; keep them holy, then, through the truth; it is Thy word that is truth” (Jn 17: 16-17). In their intercession for priests, spiritual mothers will also take to heart the words of the Apostle Paul: “Nothing must make you anxious; in every need make your requests known to God, praying and beseeching Him, and giving Him thanks as well” (Phil 4:5); and in another place, “And now, brothers and sisters, let us have your prayers, that the word of the Lord may run its course triumphantly with us . . . and that we may preserved from malicious interference” (2 Thess 3:1-2). 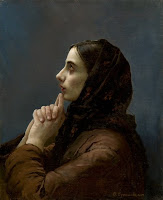 11. Are there any obstacles to spiritual motherhood for priests?

The obstacles to spiritual maternity are the same ones that would impede any growth in holiness: willful attachment to sin, the refusal to forgive another, hardness of heart, pride, and the other “root” or capital sins. The most effective means of overcoming the obstacles to holiness are frequent confession and Holy Communion; full, conscious and zealous participation in the liturgy of the Church; devotion to the Blessed Virgin Mary (especially the Rosary); meditation of the Word of God; adoration of the Most Blessed Sacrament; acts of penitence and mortification; and obedience to a spiritual father.

12. How does a woman go about becoming a spiritual mother to priests?

A woman who desires to become a spiritual mother to priests should ask the  Provost of the Oratory for the name of the Oratorian priest charged by the with promoting spiritual motherhood for members of Secular Oratory (www.secularoratory.blogspot.com).  She should communicate with him and, after a suitable time of discernment and preparation, can make an act of dedication to spiritual mother on behalf of priests. The Fathers of the Oratory are developing  a program to foster the formation and perseverance of women in the grace of spiritual maternity to priests.
Posted by Fr. David Abernethy, C.O. at 5:18 PM